The Concept Of Conception

As many couples know, getting pregnant is not quite as easy as it seems in the movies. If you have been trying to get pregnant for a while now, you may want to look a little deeper into the science of conception in order to improve your chances. If you want more in-depth information, talking to your obstetrician or gynecologist will likely help.

The Cycle of Life

A woman's period does not just happen by chance. Menstruation is directly tied to what is going on in a woman's uterus. On average, a woman's menstrual cycle is around 28 days, with ovulation (the release of an egg) happening within 3 days of day 14. Every month, a woman's body prepares to carry a child, with the walls of the uterus building up to protect the egg which will become fertilized. The egg is released around day 14 with hopes of being fertilized. If no fertilization takes place, the uterine walls slough off, taking the egg with them. This is when a woman has her period. Following a woman's 3-7 day period, the uterine walls begin to build up again and the cycle repeats.

In addition to the physical changes happening in the uterus, there are many hormonal changes happening in a woman's body during her cycle. The two main hormones responsible for menstruation or pregnancy are estrogen and progesterone. Estrogen helps a woman's body prepare to become pregnant by stimulating the growth of the uterine walls. Progesterone is released in the body a few days following ovulation whether or not a woman is pregnant. If she is pregnant, progesterone is essential for a healthy pregnancy. If she is not, progesterone will cause premenstrual symptoms, and ultimately her period will begin.

Some women may notice that their vaginal secretions change based on where they are in their cycle. If you are trying to get pregnant, you may want to document these changes. They can help you to determine when exactly you are about to ovulate. When a woman's body is getting ready to ovulate, her vaginal secretions will become almost like egg-whites in texture. This wet, slippery secretion will be most present on the day of ovulation.

Hopefully, these signs of ovulation will help you to better understand your body and increase your chances of conception. 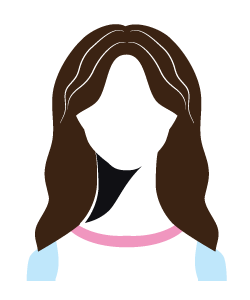 Have you recently found out you’re expecting your first baby? Perhaps, you’re both ecstatic and apprehensive. You likely want to do everything in you power to protect the health of your unborn child. If you can relate to this scenario, talk with your trusted OBGYN. This medical professional can offer expert suggestions about issues things such as proper diet and exercise. For instance, your OBGYN might advise you to consume more foods packed with certain nutrients such as potassium and calcium. This individual may also recommend you complete some form of light to moderate exercise on most days of the week. On this blog, I hope you will discover ingenious tips to help you enjoy a healthy pregnancy.